We commissioned 19 pieces for four concerts held between February and June 2011. Watch the performances and read the programmes below. 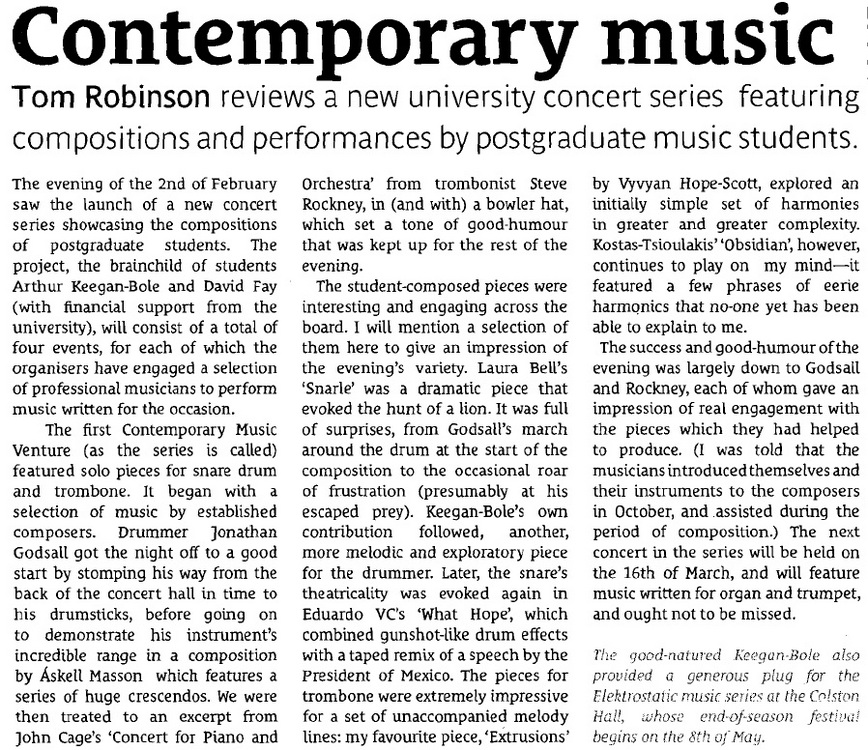